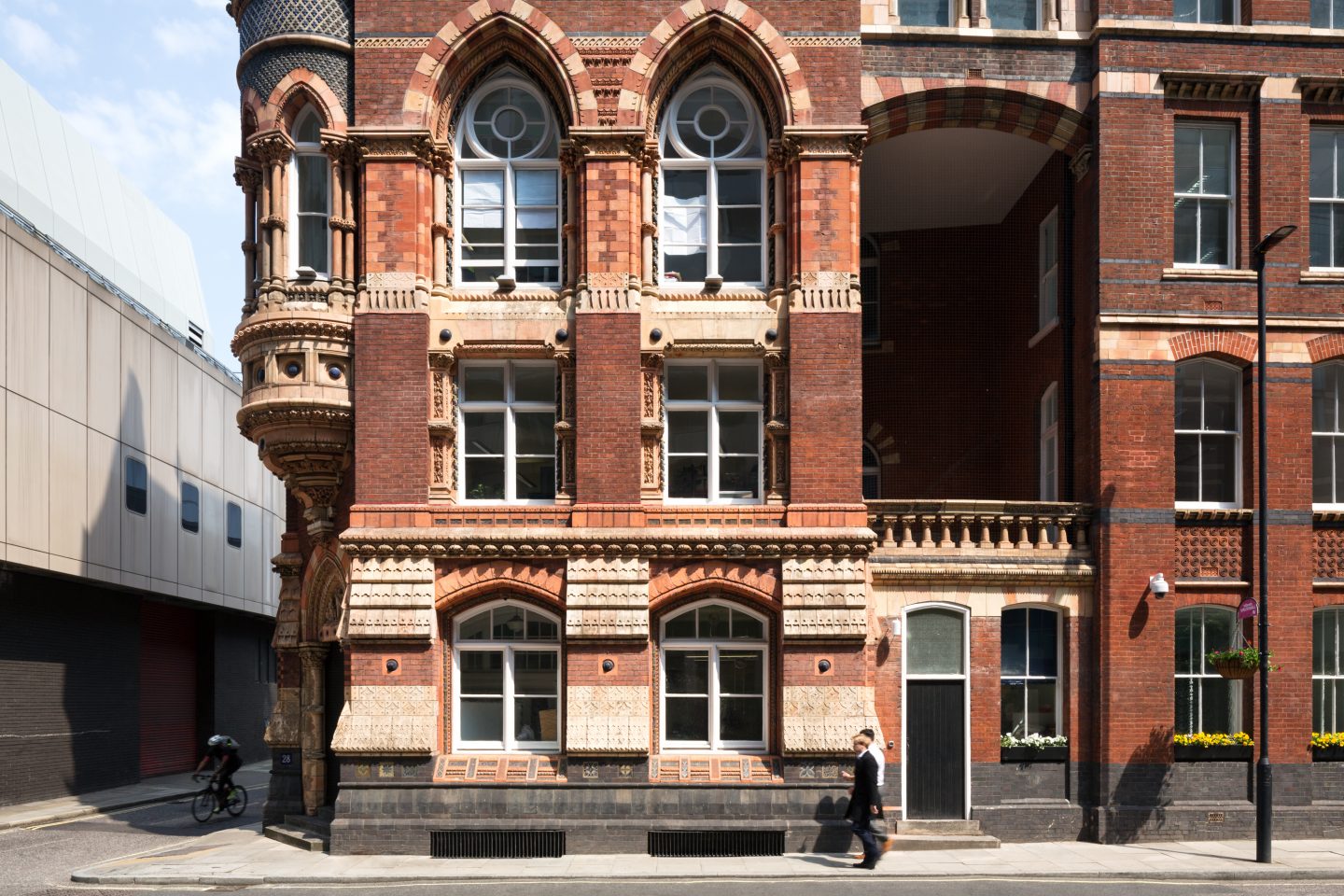 Designed by R Stark Wilkinson in 1878, the building now referred to as China Works, was originally the Royal Doulton factory and showrooms on the Southbank of the River Thames. The Grade II listed building is an outstanding example of High Victorian Gothic with a wealth of exuberant brick glazed terracotta decoration.

The grand scale of this building has, for roughly the last 60 years, been used as a multi-let office building and was acquired by Workspace in the late 90’s. The ageing décor and infrastructure were no longer suitable for the modern SME and so Workspace have invested in the refurbishment of the entire building.

The works include a full refurbishment of the exterior, including overhauling the windows, brickwork and intricately replacing parts of the deteriorated original Doulton terracotta. Internally, the building has undergone a complete refurbishment of the common parts, including stripping back the layers of old infrastructure and replacing with future proof connectivity, remodelling all of the building WC’s and tea points and giving the building a fresh look and identity. A new lift, meeting rooms and break-out areas have been formed whilst the existing car park area has been remodelled to provide new entrance, café and co-working space.

Frost, in collaboration with Bluebottle, have delivered a fresh, modern business centre that offers all of the essential facilities and connectivity that the modern office tenant demands set within one of London’s forgotten historic landmarks.