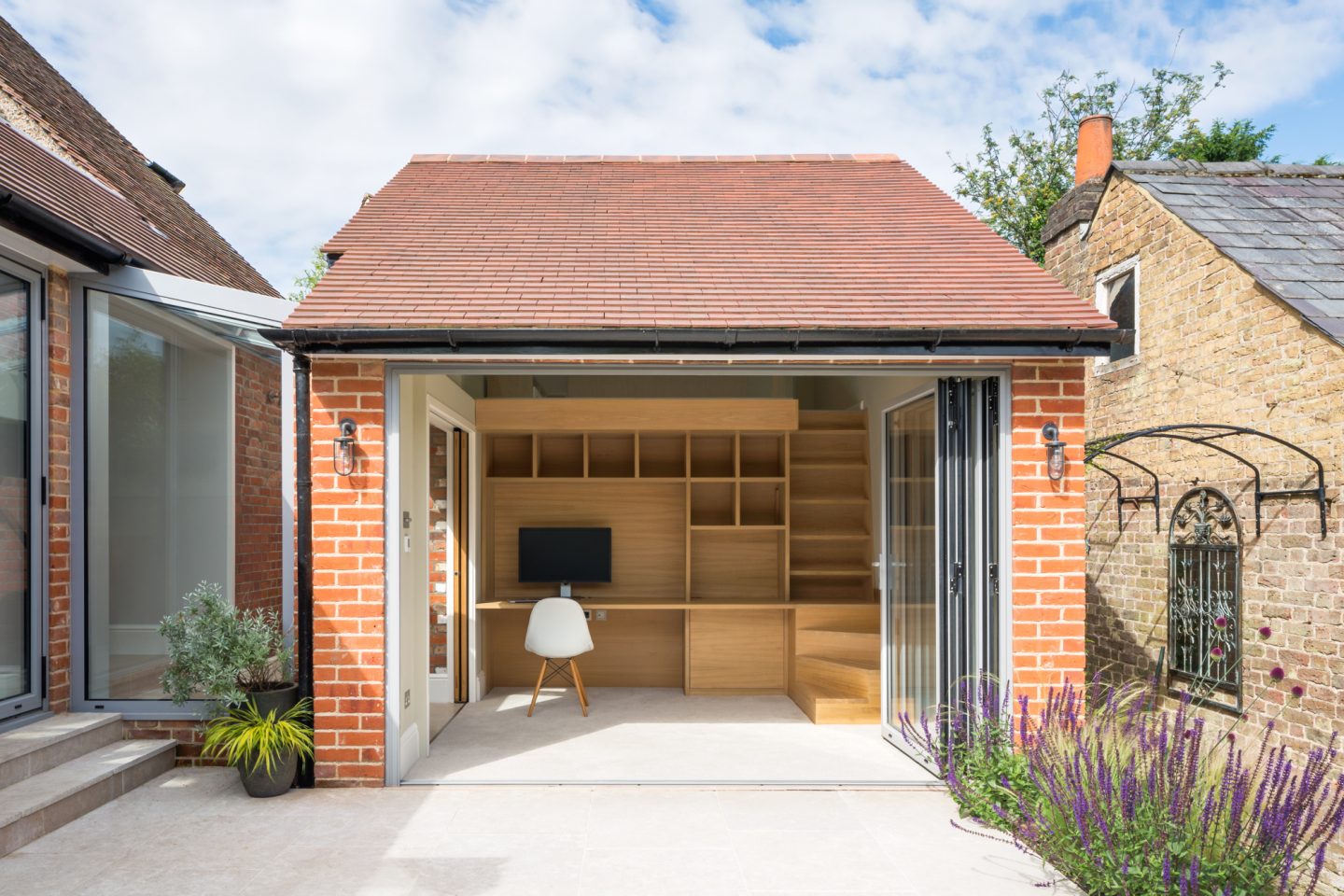 This project demanded a sensitive approach to an extension and conversion. The existing house, with an established Arts & Crafts character, also had two outbuildings, one a historic brewery building from mid-19th century, the other a later early 20th century addition.

The later outbuilding was converted into a study with small mezzanine space over the boot room. The mezzanine is accessed via a staircase integrated into the study joinery. The ‘old pub’ will be a future phase but already offers lots of character to the patio and garden.

The extension provides an open plan kitchen & dining space with visual links to the 230 ft extensive garden beyond. A glazed link between the main house and the outbuilding is a light touch respecting the history of this character property.