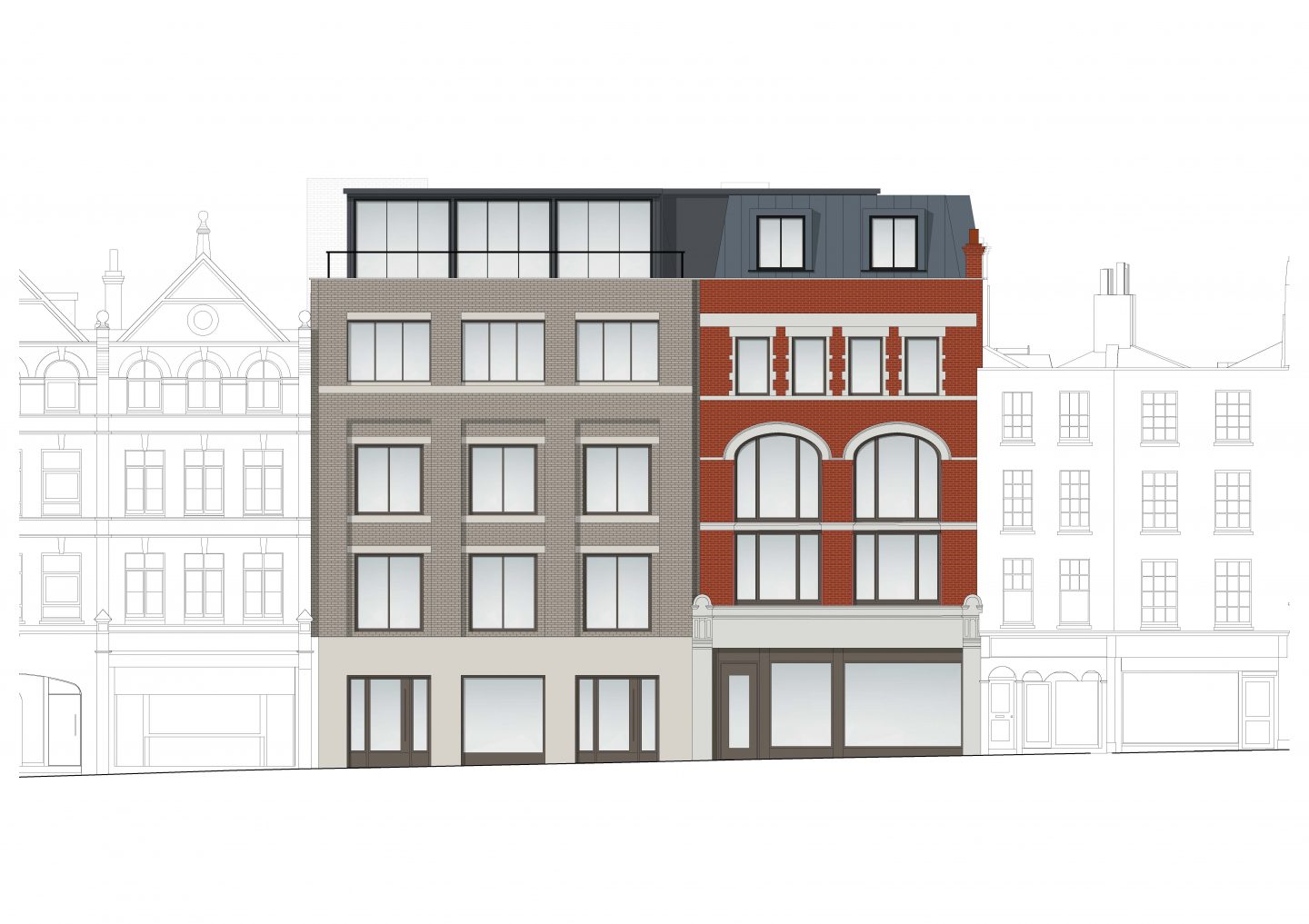 Situated in the Hatton Garden Conservation Area and forming part of the prestigious jewellery quarter, this building on Greville Street involves both a high quality new build and a sensitive restoration.

The existing site is formed of two buildings, one a 19th century building that needs renovation, and a 20th century office building that has an internal configuration and external façade which is out of context with the rest of the street.

The proposal is to retain the façade of the 19th century building and demolish the 20th century building, with new efficient construction behind to provide 19,500 sqft of high quality office space and 3,800 sqft of new retail and workshops for use solely by the jewellery trade.

Frost worked closely with Richard Griffiths Architects, who specialise in historical building conservation, to design both a sensitively considered new façade together with sympathetic alterations to the retained façade.